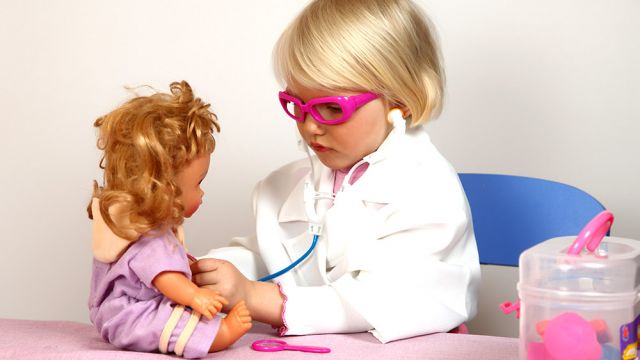 “No! I don’t want to be a princess, I’m going to be the queen and you will be the princess”. Your daughters are in a castle; your children are parents, teachers, dogs, cats and even cars. You may wonder if it is sane to talk to yourself like that all day. Maybe you should pay attention to something or buy these objects that they imagine? We talked to Solène Bourque, psychoeducator and here is what she told us about role-playing.

“When I worked in a daycare, I used to tell parents that we knew everything about their lives just by watching their children play”, she says. Indeed, children play the role that they choose and change events as much as they want but they find a lot of inspiration at home. That inspiration tells us a lot about the way they perceive their family.

I asked Solène Boucher if we had to worry about children playing certain roles. For example, is it normal for a child to always play the bad guy? For her, there are no bad or good parts and some children prefer to play villains because they are stronger. “However, you can tell a lot about a child’s personality through their characters. Little leaders may want to impersonate a very harsh teacher, not because they are unhappy in real life but because it gives them a sense of control”.

Shy and quiet children may prefer to play the baby to receive less attention or to get affection from their parents. Therefore, parents who watch their children and pay attention to the characters they choose can learn a lot about their child’s personality. 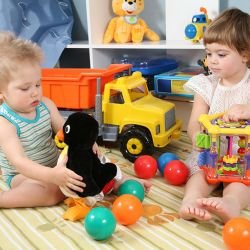 According to Mrs. Bourque, there are many gender-related differences and to illustrate her point, she told us a story. Two parents who wanted to avoid imposing stereotypes to their son and daughter decided to give trucks to their daughter and Barbie dolls to their son. As it turned out, their daughter lined up the trucks that had become Daddy truck, Mommy truck and Baby truck and their son, who had broken a Barbie’s leg, decided to use it as a play gun instead.

“Both girls and boys have natural favorites”, she says.

Why is it good for them?

Role-playing has many benefits. It allows you to learn about your child’s interests and his perception of the family. It also develops his imagination and his capacity to create. When they play together, around the age of three or four years old, they learn cooperation for the first time. Until then, children play side by side and when they start playing mother and son or teacher and student, they learn to interact.

It is also an excellent way to teach children to play alone and without toys. When a couch becomes a castle and a branch can be a sword, children are never bored, wherever they may be.

What if he doesn’t do it?

If you realize that your child does not play characters, if he never plays washing dishes and if he never screams “BOOM!” when he plays with his little cars, you may want to stimulate him a little. Let him watch you as you cook and mow the lawn and ask him to help you set the table. If he notices details, he will be able to recreate the events in his own way.

Your child may prefer to play alone because he is shy. Some children are not comfortable giving a show and it is normal to want to play alone when you want your make believe to work without being interrupted. Let him play and just listen from afar… his stories will probably make you smile.

Entertaining kids on the road

Vacations are known for their long road trips and children aren’t known for their patience! Here are some tips on how to entertain your kids on the road and make your trips more enjoyable!

Did Santa Claus bring a 3DS this year? Now you would like to make sure that your child will use it but you would also like to play now and again when he is not looking or when he is asleep? Here are the 5 games you should buy:

Partying with the family

A winter pyjama picnic in the living room, camping downstairs with the family… Here are a few suggestions to break the routine.