Should we give up on family fun?

"No honey, mommy is busy"… after a while, this answer can hurt your children who would only like to spend time with you. See why and how you could say "Yes" more often. 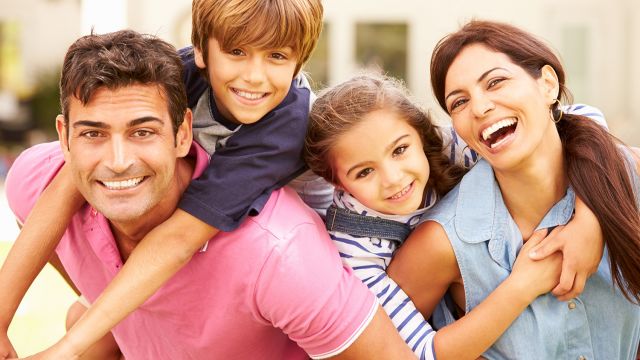 It is obvious. You can almost hear yourself when you hear other parents complain that time goes by so fast and there is none left to play with the kids. We say no too often, even if we would love to say yes.

This time, we can quantify reality. A 2011 survey showed that 98% of Canadian moms would like to have more time to participate in family activities and 64% of them admit they have to refuse their children’s requests once to four times a week*

It is Time’s fault! Or the lack of it… That is what 54% of the women surveyed said when asked why they would refuse, while 20% blame a lack of energy, 11% talk about financial issues and 5% say no because they don’t like the mess and cleaning that follows activities.

“Or children would like to cook with us but we say no because we don’t want to clean afterwards…” says Suzanne Vallières, psychologist, who also offers parental coaching and who was asked to analyze and comment the survey’s results.

Side effects of saying no too many times

The accumulation of refusals often accompanied by false promises – later, tomorrow – is a source of disappointment. When constantly waiting, the child feels frustration that eventually turns into anger. “The problem is that unlike an adult, a child doesn’t express his anger, so he becomes irritable”, says Mrs Vallières.

As we run after the time we lack to play with our children, we neglect discipline. It becomes difficult to impose rules and expect our children to respect them when we are often away or, to teach table manners if children eat in front of the television because mom and dad cannot have dinner with them. 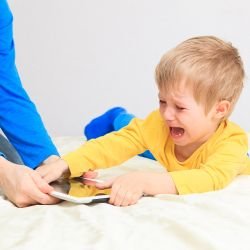 Mothers who have to say no often feel guilty (63%) and may be tempted to be more permissive when their children are naughty… and they sometimes allow them to break the rules to “buy peace”.

Consequently, some children think they can adopt an attitude of equals with their parents and refuse parental authority, says Mrs. Vallières.

Of course, spending less time with your children doesn’t teach them much about human relations either since it damages the bond between them and their parents. Children are quiet and independent when you give them the latest portable console but this little gift, like computer games, will not fill the emotional void caused by their parents’ absence, says the psychologist.

Entrance fees, meals, snacks on the go and activities at an extra cost can raise the bill exponentially on family outings. Here are 10 family activities that are completely free!

Do you dream of a harmonious relationship with your family or your in-laws but your situation is just the opposite? We explore difficult family relationships and how they affect us.

Stepsister, stepfather, daddy’s new girlfriend… families expand but does it add branches to the tree? No because only blood ties count.