The weight in the balance

Should we worry about our children’s weight? Is there a reason why they don’t grow up big and strong following the same pattern? A word can help us understand and accept: diversity. 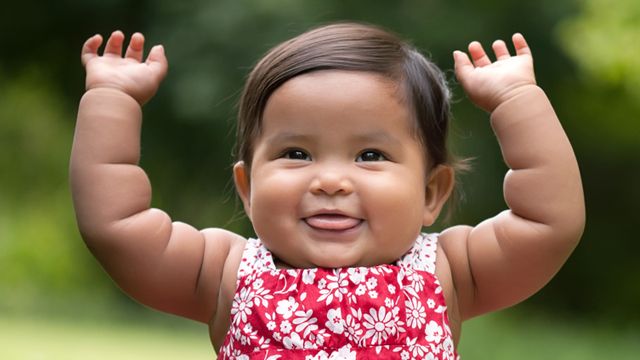 During their early childhood, children have a very fast growth rate. That being said, every child grows at his own pace. He can be smaller, lighter or heavier than other children his age and it’s completely normal. Generally, his growth curve follows a regular pattern, meaning that he will remain more or less in the same percentile of the growth curves. But little variations are normal and they occur mainly in the first two years (and in adolescence). It appears that approximately one child out of two goes through a transitional overweight period at one point or another.

The “normal” weight is not the same for every child. Naturally, kids tend to eat the quantities that are necessary to support their own growth rate and reach a normal weight… for them. The role of the adults around them is to supply an environment that promotes a healthy diet and to allow them to pay attention to the signals of hunger and satiety.

During the first few years of his life, a child grows up and gains weight. Often, for a year or two, he puts on more weight than he grows up which makes him look a bit chubbier. His body grows and looks thinner progressively until age 4 to 6. Some months or years later, depending on each child, he will build up some fat again. It is called adiposity rebound. It is a normal phenomenon, as if the body was getting ready for the massive growth spurt of adolescence.

The growth curves reflect the adiposity rebound. If it occurs early (before 5 years and a half), the child has an increased risk of obesity later on.  This is also true of children whose percentile of weight for height (or body mass index (BMI)) increases over time.

A simple dot on a growth curve is not enough to draw any conclusion on the normality of a child’s weight. It takes several measurements over several months to detect any abnormalities. And remember that a doctor, a nutritionist or any other qualified health care professional are the best references to interpret the results and investigate other parameters. 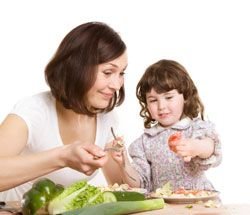 Even if a weight problem is identified, whether it is too high or too low, it certainly does not justify a diet because kids do not need to diet. Wanting to make him loose weight before he finished growing can have serious consequences. It can affect his growth, weaken his bones, cause fatigue, etc. Not to mention how isolated he would be. In short, a weight-loss program is likely to exacerbate the problem instead of solving it. We can – or must! – Improve his eating habits if necessary but not in a restrictive or negative context.

It is the same for children of small weight. You should not force them to finish their plate or give them bigger portions because it could cause a disorder in recognizing the signals of hunger and satiety.

What factors influence the weight?

We tend to put all the responsibility of our weight (and that of our children) on genetics. Contrary to popular beliefs, the biggest influence of heredity is not related to genes but to habits inherited from our parents.

The type of foods eaten, the habit of eating in front of the television, to always empty the plate, to be active or not, etc. all affect weight. Emphasizing on a healthy diet and on physical activity can have a positive effect on the whole family.

Also, without knowing or realizing it, our words and our attitude as role models can change the course of history. For example, forcing a child to finish his plate, rewarding or comforting him with food, forbidding or restricting certain foods, etc. can lead him to forget how to trust his own capacity to eat just enough and to eat only when hungry. It is better to avoid this type of interference.

It’s not all about the weight…

The weight is not the only determinant of health. On the opposite, the lifestyle has a direct impact. In this regard, physical activity plays a significant role.

On another note, you shouldn’t pay too much attention to weight and appearance because it could lead to unjustified or exaggerated concern. You should avoid discussing this in front of children. They are building their self-esteem on their own and this is no time to mess things up with hurtful comments.

We will address the issue of the attitudes towards weight in a future article.

In short: leave room for variety and for a different growth rate for every little eater.

A healthy diet that will meet the nutritional needs during early childhood is essential for proper development and optimal growth. In addition to providing many health benefits, a healthy diet is also stimulating for the five senses. Pleasure and health are invited to the table! Discover Nospetitsmangeurs.org for information, recipes and ideas on feeding our little eaters.

A recipe for healthy eating

Eating well is about choosing the right foods, but also about creating a nice atmosphere to make healthy eating a fun time for the entire family.

My child used to eat, but not anymore…

What can we do when our child refuses to eat? Breathe and watch! Our nutritionist explains.