Most children will experience at least one « love story » before reaching puberty. What about your child? Have they already had a first love? 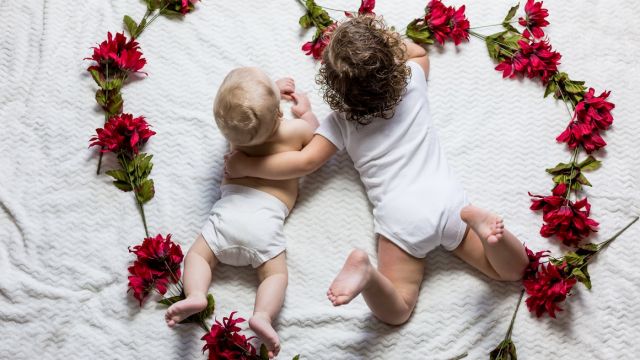 Let’s see through these testimonials how kids experience their young love, and how parents, educators, and teachers react to these relationships.

While some little ones seem to easily develop an intense emotional attachment to others, it’s usually between 3 and 6 years old that children experience their first love. It’s an important period in terms of finding their personal identity, during which they want to do everything like their parents and other adults around them, and love is no exception. Children are surrounded by people who live and are happy as a couple: their parents or relatives, and if it’s not the case, the fairytales characters where the story always ends with “They got married, had many children and lived happily ever after” certainly play that role very well. Kids then want to replicate that ideal of happiness.

Six-year-old Jeremy proudly tells his mom that Adele will be his wife when they grow up, that they’ll buy a house next to her’s and that she’ll run all the errands for them and change their baby’s diapers. For him, it’s serious business. Although she’s sometimes a bit uncomfortable when Jeremy kisses Adele, - “I find them a little young for that” – Karine nonetheless finds their little love story adorable and is happy that her son confides in her to talk about his girlfriend.

Children’s love stories can also meet a need for appreciation and gratification. Feeling important to someone, getting compliments, special attention, hugs, and kisses can prompt a child to have a sweetheart. For others, a very special bond is created between two kids from the very first time they meet. It’s something we can’t really explain and that makes them inseparable. 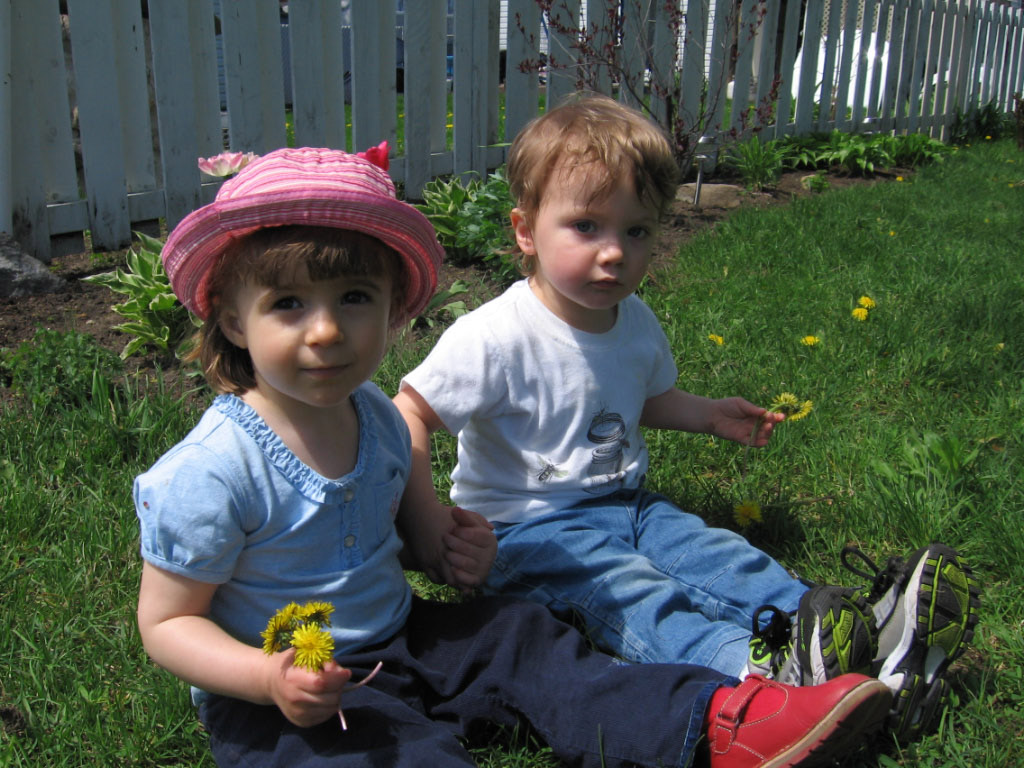 Maxime and Ariane met when they were 4 or 5 months old because their mommies were friends. "It clicked right away between those two, it’s like they were made for each other", says Maxime’s mother Marie-Claude. They saw each other regularly during a few years, and the mothers noticed that they were often trying to get closer to the other (holding hands, hugging), even in the presence of other children. "Maxime told everyone that Ariane was his girlfriend. He missed her and looked at her picture before going to bed. It was a child love, but it was a real love nonetheless."

If most parents find their kids’ love really cute, some are uncomfortable with it. They realize that children’ love stories are not always as innocent as they would like them to be. The 7-year-old little girl who can’t stop talking about her “boyfriend” and draws hearts around his name. The 10- year-old boy who tells his parents that he kissed his girlfriend in the schoolyard. All of this brings them to question the importance they should give to these love stories and the limits they should impose on their kids.

As parents, we must remember that by being open to our child’ secrets, it gives us a greater access to their feelings and their reality as a little "lover". Depending on the situation, we’ll be able to address the issues of intimacy and respect, share our values about love and play down the heartaches, which are unfortunately also very real and intense.

We didn’t see her grow up!

France and Patrick tell us that their 12-year-old daughter had a little boyfriend when they went camping last year. Both children’s parents were joking about it, saying that they would get married, but they never thought that the kids could have kissed. “These things happen to others, not us!”, adds France. That’s what she thought, until the day her daughter’s face became bright red after a comment on the subject, which made her dad react quite strongly. The parents then realized that their child was not a baby anymore. 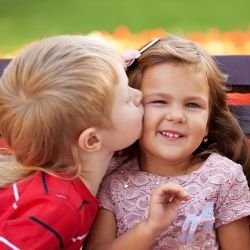 Caroline Marchand is a childhood educator who works with 4-year-old kids. In the past year, a few couples were formed in her group. Little pairs that chose their activities together, held hands, hugged and sometimes even kissed. The situation made the educator feel uncomfortable, especially when she heard comments that made other children sad, such as “If you’re not there tomorrow, Matthew will be my boyfriend”. She decided to have a discussion with her group: “In this room, we are all friends, there’s no more love stories. Our hearts are like school buses: we can have many people in our hearts without being lovers. Kissing on the mouth is reserved for older people.” It’s not always easy for her to keep control over things. She realizes that many children identify with the social standard of “being in a relationship”, but they understand quite well when she intervenes and brings back the subject with them.

Martine Desautels taught 5th and 6th grade for many years. She says that although love affairs are a part of kids’ lives since kindergarten, it’s still more common with 10-12-year-olds. And if love stories don’t have the same significance at that age as they do for adults, as a teacher, she still needs to take them seriously.

At that age, kids form couples to create their identity or to be like everyone else. It’s the age at which peer pressure and others’ opinion are very important. They want to please and be popular. And even if most of these relationships are short-lived, the love is very present and often quite intense!

The school’s reaction to all of this? “Most teachers tolerate the exchange of love notes or holding hands in the schoolyard. However, most schools have a code of living forbidding all kinds of PDA.The playground is a place to play, socialize and have fun, and the classroom is a place to learn”, says Martine.

Teachers have to pay attention to the heartaches and jealousies caused by these love affairs and their breakups. It often has an impact on the child’s school and social life. “The teacher needs to listen to their students to help and support them, and give them the tools to deal with all these experiences.” They must also be the bridge between the kids and their parents about what the children are going through at school... love stories included! This communication is essential to help parents guide their child to their best abilities in these very emotional situations.

In this short article, I suggest taking a moment to reflect and meditate on who you are as a parent and as a person… loved, lovable and loving.