We all want to enjoy our summer vacation but what do we mean by that? Are we expecting so much that we will spoil the moment? 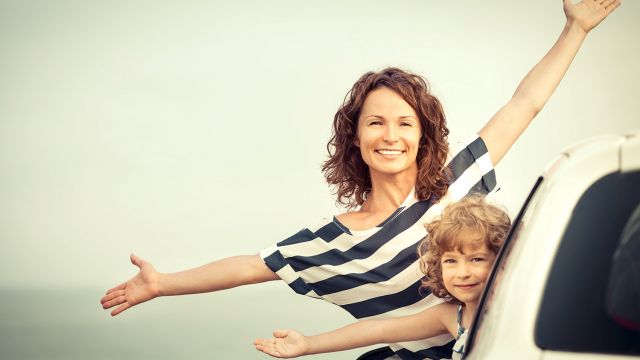 Last weekend, my daughter was asking me what advertisers meant by “dream vacation”. She was wondering how we could “fail” our summer break. Spontaneously, I told her that in their opinion, everyone would have fun at the suggested destination.

I gave it a second thought and I realized that they lied. Not everyone would have such a good time. Not because New-Brunswick is not awesome, nor because the local amusement park has lost its magic, it is because some people only have fun when they arrive at their destination and even then...

So I decided to complete my answer by telling her what kind of vacations we could have if we went to, say, Disneyland Paris.

First, we would have to choose our clothes; sometimes it takes a long time. We would also have to prepare our luggage, then we could take a taxi but because it is quite expensive, we would probably take our car instead. But then again, a parking space is expensive too (especially at the airport) except if we park further but with heavy suitcases, it is not really convenient. Then we would take a flight that will probably be late, stand in a queue forever and probably pay an extra fee for our luggage. Then, we would get on this crowded plane where the food is so-so. Then, after being bothered several times by flight attendants and maybe a crying baby or two, we would land in Paris, a city that we don’t know that much and we would need to take a taxi to find an hotel that would probably be different than what we saw on the website.

Then, we could start having fun…

But, sweetheart, we could choose our most beautiful clothes, the dresses we only wear on special occasions and put everything in our suitcases. We would talk about everything we want to do and decide when we would wear what. We could listen to French music in the car, ask daddy to drive us to the main entrance at the airport and wait for him with the luggage while he parks the car. Daddy likes walking anyway! We would check where people are going, talk about the various destinations and, if the flight were running late, we would have a bite. On board, we would ask questions to the nice flight attendants when they bring us our drinks. Once in Paris, we could try to be the first to spot the Eiffel Tower and say a few French words to our Parisian taxi driver before arriving to Disneyland, where real fun would begin! 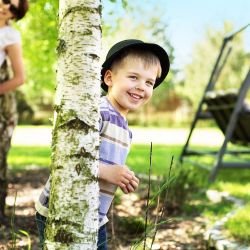 My daughter was glad to see that she always picks the best option and it is true, she always does. But I don’t. When I am tired or stressed out, I get impatient and I perceive the uncontrollable happiness of my children as insubordination, even if I should be as happy as they are!

We say that happiness is a journey, not a destination, so this summer, let’s have fun even when we are tired and when everything does not go as planned.

I wish you a wonderful summer. With a bit of luck, your children, like my friend’s adorable son, will ask you to “move to holidays (where there is all-you-can-drink apple juice).

Winter is long and hard in Quebec. Come dream with us as we review the 10 most popular vacation spots for families around the world!

10 fun Apple applications for your vacation

Motherforlife.com has compiled a list of applications that are compatible with iPhones and iPads and which will really help you when planning and enjoying your vacation. Enjoy!

Are you preparing a vacation? It is easy to loose track of everything that’s needed! Here’s a list to help you not forget a thing! Print it and check items off as you pack your stuff!