Making Vancouver a better place for our children and grandchildren. Is it just a flashy marketing approach or should we all look west for inspiration? Let’s find out! 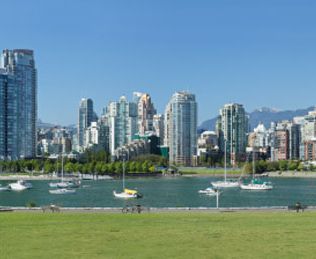 Vancouver is indeed a beautiful city. It is where Greenpeace was founded and where David Suzuki chose to live. It is the city where restaurants proudly offer organic meals and fishes caught by friendly fishermen who understand that their future jobs depend on the respect of their own environment and where businesses are making green plans to fit in the city.  They have to because the city has decided to become a place where children and grandchildren will live happily, healthily and responsibly.

Many aspects of Vancouver and many speeches you can hear there make you wonder if they are living in some green fairytale.  Rest assured, this city is no Wonderland and, for once, cynicism is no issue. Businessmen, politicians and citizens are actually working together to reach a very respectable common goal: to be the greenest city in the world by 2020.

Vancouver is not just a pretty face, using pretty words. Here are a few long-term goals: 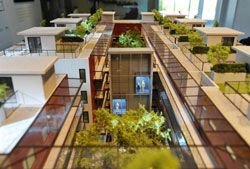 Living in a material world...

This plan is forcing entrepreneurs from around the globe to find sustainable ideas. From green residences to local products, a lot of businesses want their share of the revenues because there is real money to be made and Vancouver’s project is a fantastic opportunity to promote green ideas.

So, we should all take a look at Vancouver, check what is being done in our fields and get inspired. Maybe some day our city can be the greenest, not because of inhumane sacrifices, not because we kept an eye on evil polluting companies and not because politicians decided to agree just to get a few votes. Maybe it will be because Vancouver will have proven that you can work together, do the right thing and still make some rightfully earned profit.

You can also see a beautiful promotional video here.

10 actions to become an Eco-family

It’s never too late to reduce your weekly ecological footprint! Here are 10 basic actions to gradually introduce into your routine to become a more ecological family.

The Holidays are often synonymous with excesses of all kinds. But can we actually reduce our impact on the environment at Christmas? Here are some tips to help you out... keep these in mind for the next holiday season!

Reusable bags are a must for all eco-friendly moms. Here are 5 types of bags to meet all your needs.

Cold, hot, hot, cold, hot ... between two seasons, mercury plays yoyo with the weater and our patience! You never know how to dress your children: it's a real headache! So here are our clever tips to be better prepared.