A lot of positive and negative changes occur in the life of a woman who finds out that she will soon give birth, many of which are physiological. 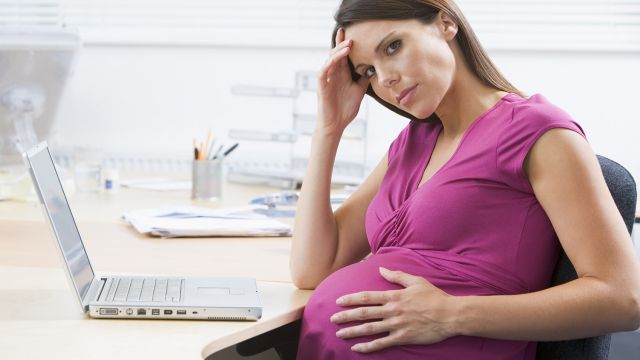 The following text clearly exposes these changes and their consequences on the mother and her baby.

All the events roll in when a mother becomes pregnant and it can cause some concern. Many factors can influence the intensity of stress and, consequently, cause more or less damage. Among these factors figure the past experiences of pregnancy, the socioeconomic situation of the parents and the pressure exerted by the mother’s family and friends. Other articles of our website will discuss some of these subjects.

When someone experiences stress, a hormone is secreted in her body. A hormone is a chemical substance, made by the cells and sent into the bloodstream to play a very specific role on other cells. The most important stress hormone in humans is called cortisol and it is the one that can have the most negative impact on the mother and her child. To do so, the cortisol levels must be considered high so the mother must be experiencing an ongoing period of stress.

Most scientists and health professionals now know that stress has bad consequences on the baby’s health. Some believe its impact is worst during the first and second trimester (6 first months of pregnancy) while others think that it is worst during the last three months. We can easily conclude that, in an ideal world, it is best to avoid any kind of stress throughout the pregnancy. However, we must keep in mind that a certain level of stress is normal and allows humans to evolve and adapt.

The consequences on the foetus are as follows. First, the two main problems, which both scientists and health professionals agree on, are prematurity and low birth weight. These two issues are known for slowing the physical and psychological development of children. For example, a premature baby could be smaller and weaker than most children in his late childhood, even if other factors also have an impact. Most studies report that pregnancy (the time spent by the baby inside his mother’s womb) would be shorter of a few days to a few weeks and that babies would weigh less on average than babies whose mother had no specific stress.

A Danish study regrouping 60,000 pairs of mothers and their child, showed that stress during pregnancy was associated with higher infection risks (such as ear infections) in children. The child could develop other complications such as a behavioural, learning or attention disorder.

It is therefore important to minimize the impact of intense stress to avoid those consequences. Our website is a good tool to achieve this. It is also important to discuss this with people around you. Do not isolate yourself. You doctor can also help in that matter.

This article is also available on the UDM Pharmacy students’ website.

Students in Pharmacy at the Université de Montréal

We are a team of 11 students from first to third year PhD at the Université de Montréal in 2012. This article is from a website that we have created. This website was the result of a full-year project aiming to promote the profession of pharmacist beyond what the population already knows. You are invited to visit it, we hope you find it valuable.

When you are pregnant, you should not wear a necklace or eat peanut butter… Some pieces of advice given to pregnant women are not that good… Take a look!

Most women today work during their pregnancy, and many even maintain a busy workload up to a few days before the baby’s born. However, safety should always be your number one priority.