The holiday season is a festive period during which there are plenty of occasions to drink. It is best to take some precautions, especially if you are a future mom. 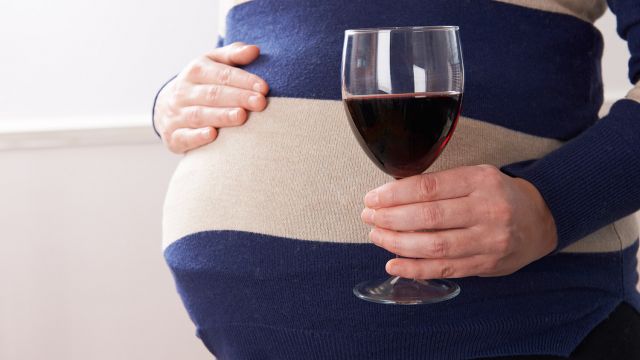 The dangers of drinking during pregnancy

The fetal alcohol syndrome is one of the main preventable causes of birth defects and childhood developmental delays in Canada and a major public health problem in much of the international community. When a woman drinks alcohol during pregnancy, the alcohol is directly transmitted to her baby through her blood. Alcohol consumption during pregnancy can cause fetal alcohol syndrome (FAS), a serious syndrome that will affect the child who suffers from it throughout his life.

The fetal alcohol syndrome is the leading chemical cause of intellectual disability. Affected children suffer from developmental, learning, behaviour and social disabilities. Babies exposed to alcohol in utero can be smaller (in size and weight) and have facial differences such as small or narrow eyes and a thin or flat upper lip. If they were exposed to large amounts of alcohol, they can also experience a period of withdrawal after birth. The symptoms of withdrawal are: extreme irritability or sadness, tremors, feeding issues, diarrhea or heart rate, breathing and digestion issues. A child with FAS remains affected throughout his life but the symptoms can change over the years. In Canada, about 9 children out of 1000 are suffering from this disease.

Since no one agrees on the amount of alcohol that is safe for the foetus, it is best not to drink alcohol during pregnancy. If you are planning to become pregnant, you should stop drinking right away to prevent SAF in your baby.

We know that the more a pregnant woman drinks alcohol, the more damage can be caused to the baby. And one time of heavy drinking (around 5 glasses) is very dangerous for the future child. If you are pregnant and if you find it hard to quit drinking, seek help from your doctor, local FAS support group or at a local clinic to find a program that suits you.

There is no consensus about the intake of alcohol of a nursing mom. For some, breastfeeding women should not drink alcohol because it can easily pass into breast milk. Consuming large amounts of alcohol or even one drink every day could harm your baby. Because newborns digest alcohol very slowly, small quantities could affect their eating and sleeping. Others claim that breastfeeding mothers can drink if they do so moderately. What then?

According to La Leche League, the effects of alcohol on a breastfed baby are directly related to the mother’s intake. If a mother drinks occasionally and limits her intake to two drinks or less every day (35g/kg/day), it was never demonstrated that the quantity of alcohol received by the baby is harmful for him. Not so long ago, doctors even recommended drinking a beer to relax and produce more milk.

The alcohol consumed by the mother is found in breast milk and reaches its maximum level 30 to 60 minutes after being taken with food. Alcohol will be eliminated from the mother’s body over time. It takes 2 to 3 hours to a 55kg (120 pounds) woman to eliminate the alcohol contained in a beer or a glass of wine and 13 hours for a glass of spirits. The more the woman drinks, the longer it will take. It could be advisable to avoid breastfeeding while drinking or 2 to 3 hours after drinking. As with anything, it is necessary to avoid abuse. Indeed, heavy drinking could lead to slow weight gain or growth arrest in the baby.

There are many good recipes to prepare tasty alcohol-free cocktails. If you are pregnant, breastfeeding or if there are women who breastfeed or pregnant women among your guests, you could prepare drinks for them. It’s all in the presentation. Serve the cocktail in a special glass, a champagne flute, a martini glass or a wine glass and decorate with nice fruits.

Good health! And good health to your baby too!

Nowadays, it is estimated that one pregnancy out of 25 involves breech presentation, by the buttock, feet or leg rather than vertex, by the head.

Tobacco use during pregnancy

Newborns who have been exposed to tobacco during pregnancy generally weigh less, are smaller in height, and have smaller heads and brains. Something to seriously think about.