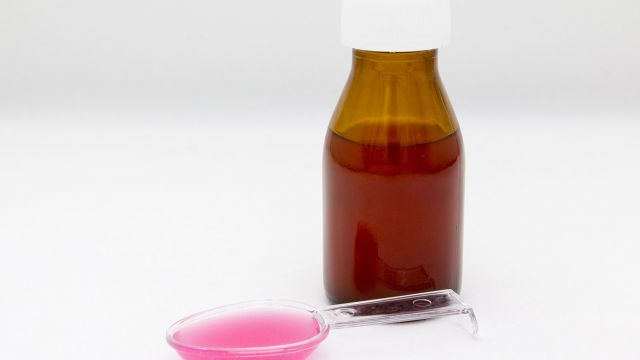 It comes back each fall and as soon as it leaves the house, it seems to want to come back again all the time until spring (or even summer) comes… Cold! And every time our child coughs we think: “If I could at least give him a bit of syrup”!

Since 2006, we cannot use cough and cold medicines, decongestants or antihistaminic to treat sneezing and runny nose in children under 6 years old.

Health Canada made this decision after finding that overdose and misuse may have caused death in children. In fact, even when it was properly administered, those syrups could have caused secondary effects like convulsions and abnormal heart rhythms.

In 2007, the federal agency had issued a notice advising parents not to give syrups to children less than two years old. The recommendation was also applied to children aged 3 to 6 because they are three times as vulnerable to side effects as 6 to 12 years old children.

Furthermore, there is limited evidence supporting the effectiveness of these products in children.

Some medicated and non-medicated alternatives remain to ease the symptoms of our children’s big colds. Marise Descôteaux, pharmacist, recommends saline solutions like Salinex and HydraSens to rinse out nasal passages.

Suppositories are also effective for the treatment of deep, hollow cough because it contains eucalyptus and camphor.

Among non-pharmaceutical options, you can use a humidifier in your child’s room or raise his pillow.

Homeopathic products have not yet been approved by Health Canada, which means that their effectiveness is not proven but Mrs. Descoteaux doesn’t advice against their use since they do not cause side effects. 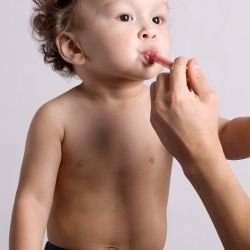 All categories of antibiotics prescribed to adults can also be prescribed to children in liquid form. Some antibiotics only exist in pills, making it impossible to prescribe to young children who cannot swallow it. “Some of them have not yet been tested on children, says the pharmacist, sometimes we crush the pills if the medication does not exist in a liquid form.”

In 2005-2006, it was discovered that many bacteria attacking children were getting resistant to some frequently prescribed antibiotics. The Ministère de la Santé du Québec asked paediatricians and generalists to prescribe them less often. Since then, the sales of antibiotics have decreased of a third in comparison with what paediatricians and generalists used to prescribe, says the pharmacist.

In Canada, the concentration in acetaminophen and the dosage of babies and children medication are regulated by Health Canada. By the end of 2009, Health Canada revised the labelling rules.

To decide whether those products are appropriate for your children or not, the Agency specialists must determine an effective dosage that will not cause secondary effects.

Children receive an adult dose at the age of 12 or slightly before. Pharmacists decide of the dosage based on the child’s weight.

Why can’t children take the same dose as adults?

Drugs administered orally are transformed by the liver after passing through the stomach. The kidneys then eliminate toxic substances and the active substances – the ones that must remain in the body – are carried in the blood.

Because children’s livers are slower and their little kidneys are not filtering as efficiently as those of adults, their body could not transform the medication adequately if they were given adult doses.

With cold and flu season on the way, it is time to prepare for ear infections! As a matter of fact, ear infections frequently follow a viral infection of some sort.