Shared custody - Many ways to handle it

Shared custody is an increasingly popular arrangement for separating families. It has the advantage of allowing the child to benefit from maximum contact with their parents, in their interest. 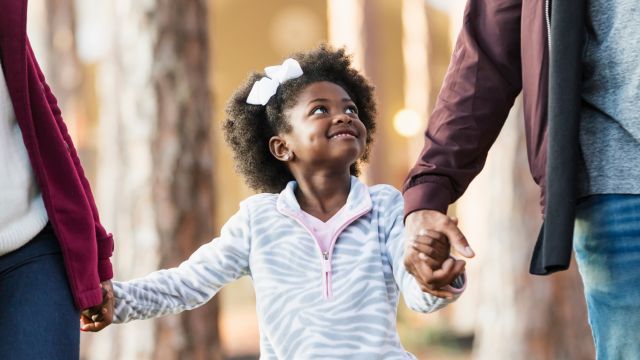 For more tips on the subject, follow the Facebook page of Valérie Laberge, a lawyer in family law since 2009.

What is shared custody?

In particular, because of the large integration of women in the workforce and the growing involvement of fathers in the first months of a child's life, more and more parents consider that it is in the best interest of the child to have access to both parents in more or less equal parts, following a separation.

The law does not provide for any specific or mandatory custody model in the event of parental separation. Only the Child Support Determination Regulations define what constitutes shared custody, but does not specify in which case it should apply. Shared custody is the arrangement whereby each parent has custody of the child at least 40% of the time, a minimum of 146 days per year.

However, the law provides that sharing of custody time between parents must reflect the best interests of the child in question. This is the only criterion applicable.

In determining what constitutes the best interests of the child, the specific needs of the child in question must be considered, including:

The parents' situations must also be taken into account:

Once they have determined that shared custody is feasible for the child, parents are free to create a tailor-made solution that they will evaluate in the best interest of the child.

Example 1 - Every other week

This is a classic example. Each parent has custody of the child for a week.

The exchange is usually on Friday night, at the daycare, school or day camp, in summer. This has two main advantages: 1) to prevent parents from crossing each other too often if communication is more difficult and 2) to allow the parent to start the week with a less strict routine since the next day is Saturday!

This arrangement is often chosen by teenagers, who are tired of "living in their suitcases". This allows them to limit transitions to the maximum. It is not uncommon for the arrangement to allow the children to have dinner with the other parent during the 2 weeks they are not with them, to maintain the connection.

This is a model of care often used for very young children, since they a different concept of time from ours, and need frequent contact with their parents to maintain a strong bond with them:

It has the advantage of allowing the child to have frequent and regular contact with each of their parents, limiting to 3 consecutive days the period of separation between the child and their parents. Its two disadvantages are that it places the child in a period of frequent transition and makes the schedule a bit more difficult to follow.

It is an often temporary arrangement, for the period when the child is young, and which allows a smooth transition between life before and after separation.

It is a middle ground solution, which limits the time when the child is not with their other parent on 5 consecutive days:

Many parents consider that this type of childcare favours increased availability for the child, in particular, because the parent can often easily shorten their hours of work on the two days they have the child with them and extend them for the next two days.

Many parents work in jobs that require atypical work schedules, shifts, requiring them to work several consecutive days, after which they will be on leave for several consecutive days. It is quite possible to set up shared custody arrangements according to these schedules, subject to the best interests of the child. Although it is often an irritant for the other parent, who works on a more regular schedule, the situation should always be evaluated according to the needs of the child and not those of the parents.

Setting up the arrangement

Thinking of setting up such an arrangement? A mediator could assist you in your discussions for free. For more information, click here.

Valérie Laberge has been a lawyer and family law practitioner since joining the Bar in 2009. She holds a Master's degree in private law - her research focuses on shared custody. She is a member of the Quebec Bar Committee on Family Law and has published numerous articles and commentaries on jurisprudence in the field. Valérie is also the mother of two young boys. For more information on her practice, visit her website or her Facebook page.

Experiencing a "shared custody" at Christmas is not easy, both in terms of emotions and organization. Here are ways to survive this very emotional period.

Most parents agree that children will spend a week with dad and a week with mom, but is this really the best for a toddler? Is a week too long?

How to: Maintaining a good relationship with your ex

After a separation, it's important to try our best to preserve the family unit, for our children's well-being. To do so, we must maintain a good relationship with our ex. Here's some advice.

Breaking up at Christmas?

Your love is fading and Christmas is around the corner. You may be willing to split up only after Christmas but can you fake until then?