When the kids resist the new family

You can’t force love and it can hurt when your new flame and your children are not clicking. Need some tips to increase your chances? 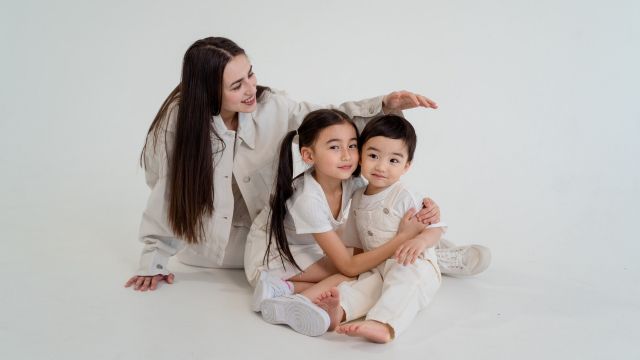 Even if there’s a running battle between the biological children and the new partner’s children, all blended families are not torn apart and the couples who have young children are less likely to fight, according to Marie-Josée Mercier, psychologist in private practice.

You will be all set for hostility if certain factors are aggravating: the cause of separation is one of the main triggers. If it wasn’t tainted by hatred and if both parents assumed the separation, the children may be open to the idea of welcoming new members in their family.

“When children are older – from their pre-teens –and they have a good understanding of their parents being together, their territory is more defined and it is harder, she explains. When they are younger, a new adult that is introduced to him is simply seen as a new authority figure. These children usually valorize the adults around them”.

No, it is not utopic: it is possible for our children to bond with new family members. It is important to tell them, first and foremost, that their attitude and their behaviour have nothing to do with the separation of their mom and dad. This culpability is often found in children aged five or six years old.

Better yet, it may be relevant to explain with simple words the reasons of this separation. You can say, for example, that you and the father can stop loving each other like they used to but remain good friends. Mostly, you should add that it doesn’t mean that the other parent loves him any less and you will do everything you can for him to know that.

Don’t wait for the situation to get bad before asking questions to your child: you think he is sad? It is best to initiate discussions and confiding. Maybe he is under the impression that he is loosing his place to your new partner’s kids. It is your job to reassure him…

You must introduce your new partner progressively if you want everything to run smoothly. Mrs. Mercier says that it is better to wait until your child has accepted the separation before introducing someone else.

Everybody must do their part

The new lovers must do their part too if they want to build this united family that they desire so much. To get there, it is essential that both members of the couple share their educational values with each other. “I often see blended families that live in parallel universes because, for example, one of the parents cannot establish his authority on the other parent’s children”, she says.

The new partner can slowly begin to get to know the other children, without trying to replace the other parent. He can just play with them and mention that he would like to become their friend. Any psychologist or any parent who had to deal with this will tell you: the new parent must show interest in the children of his or her new partner, for example by asking how was his day at school or by suggesting activities.

Better yet, the psychologist suggests setting a time during the week to go out or for an activity involving only the new partner and the kids.

Being friends with the partner’s children is a good idea, in fact, it is the only way it should be if you want to develop a good relationship with teenagers.

Telling the truth is also a good start. You can say things like: “I want to love you but I am not your dad, you can tell me anything you want as long as we are nice with each other…” Obviously it’s not the best way to act around a very young child.

The new partner entering the new family with his own children can pre-introduce his children by showing pictures of them and by telling funny stories about them so that they feel like they know each other a little already.

All parents who are blending their families are hoping that someday their children will consider their new partner a member of the family.

Sometimes, all the efforts made are pointless, admits Marie-Josée Mercier. Children don’t carry universal love. However, a child who doesn’t seem to like the new partner doesn’t necessarily dislike him. “It may be a reaction to the fact that his routine has changed or because the biological stopped doing something he used to do with the child”, she says.

Therefore, it is not necessary to ask the child if he likes him or not. You can discuss good moments spent with him now and again or ask him what he thinks about certain aspects of his personality.

A therapy? Is it necessary?

A therapy is a bonus for families who cannot get rid of some emotional drama. “We usually suggest exercises for every family member”, says Mrs. Mercier.

And because a family is a system, we must learn to regroup its elements. At home, the exercise can be very pleasant. For example, it can be simple as organizing a weekly family activity. It can be a board game played as a team and biological families don’t have to team up.

“It’s not always easy but your efforts can lead to the blending of a beautiful family. For this, you may have to develop new skills…” says the psychologist.

Do you feel stuck in an endless spiral of sadness and anger? Your child is cracking and your family is going down? Some situations require professional help.

Stepsister, stepfather, daddy’s new girlfriend… families expand but does it add branches to the tree? No because only blood ties count.

Partying with the family

A winter pyjama picnic in the living room, camping downstairs with the family… Here are a few suggestions to break the routine.