Deciding the apportionment of custody after a separation

One of the important steps in a separation is deciding on the child custody, a decision that must be made in the child’s best interest.

Fortunately, all parents don’t split up in a fight and most of them manage to arrive at an amicable agreement concerning custody. Their agreement is validated by a lawyer and ratified by a judge.  Moreover, says Michel Deziel, Judge of the Superior Court of Quebec, many couples do not even use a lawyer to represent them in court. “And more and more couples agree on the joint custody”, he adds.

Before being submitted in court, the agreement can be discussed with a third part if the parents feel that they are not on the same page. It can be a psychologist, a lawyer or a social worker that you must pay. The important thing is to find a family business professional who can guide you on the important issues that will influence the course of events.

It is also possible to hire a mediator for free. Since 1997, all couples with dependant children who are about to get separated or who want to make changes in their agreement can hire an impartial mediator to help them negotiate the consequences of a separation, a divorce or a review.  You are entitled to six one-hour sessions at no cost, which is usually sufficient to come to an agreement.  If, however, you remain in a dead-end, the judge decides, says Mr. Déziel.

Highlights of the decision

The child well-being is the only thing that matters to the judge when he makes a decision concerning your agreement… or your lack of agreement.

The age of the children and the proximity of the parents’ residences are crucial when a shared custody is considered. A major conflict between parents can also influence the judge because in this case, the child will inevitably suffer.

The parents’ lifestyle, maintaining the children’s way of life, attending the same school or daycare are all important factors because they are crucial to the day-to-day stability that is essential for children.

Other situations may make the agreement negotiations more complicated, says Mr. Déziel. “If it is a blended family and if the children do not have a very good relation with the new partner, it must be taken into consideration”. 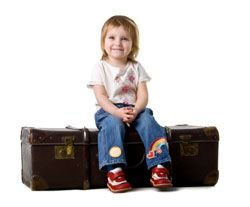 The situation becomes much more complicated when one of the parents decides to move to another province or even another country because the access of the other parent to the children is significantly reduced. “The other parent may, in response to this limited access, take this opportunity to ask for full legal custody”, explains Judge Déziel.

In a case like this, the judge will examine the real motivations of the parent seeking custody. If he conclude that the request was not made to prevent the contact between the other parent and the children, the judge will have to decide whether it is preferable for the children to fly away with his mother or father, rather than staying in the country. “We evaluate the whole situation, like the emotional attachment of the children with each parent, for example”, adds Mr. Deziel.

A psychosocial evaluation (that of a psychologist or social worker) is often required in this type of situation.

And the preference of the children?

The rule saying that it is better to entrust the custody of children under five years old to their mother never had the force of law and is not applied in court, confirms Judge Déziel.

What about the preference of children who are old enough to express it? The desire of children under eight years old is taken into consideration but is not critical. The wish of children between 8 and 12 is a factor among a lot of others that will be considered. Finally, the crystal clear interest of children aged 12 and over will be crucial in the definition of custody arrangements.

In the best scenario, the legal arrangement is settled after one or two meetings before the judge but the process can also last – but rarely –two, three, even four years, says Judge Déziel. “Usually, interim measures are in place before the conclusion of the final decision. And it happens often that the parties settle their differences after the decree nisi”.

When you are ready to move in with a new love and wish to mix both families, what can you do to make the new living arrangements go smoothly?

Announcing a separation to children

The way in which you will announce your separation to your children will greatly influence their reaction and attitude. You want everything to go smoothly.

Experiencing a "shared custody" at Christmas is not easy, both in terms of emotions and organization. Here are ways to survive this very emotional period.

On the spur of the moment, you married the father of your child who went back to his country a few months later. What are you supposed to do?