The importance of napping at daycare

Many parents wonder about the relevance of taking a nap at daycare. Here is some information that should convince you of its merits. 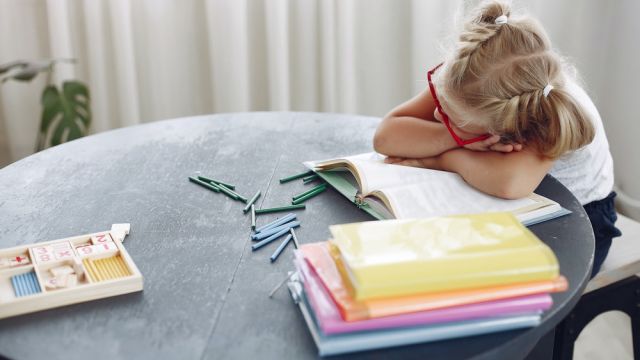 Here are common questions and comments early childhood educators get from parents :

« Why should my child need to take a nap at daycare, since she doesn’t do it at home on the weekends? », says Matt, father of 4 year-old Alexia.

We need to understand that there’s a difference between a day at home and a day at daycare. At home, we take the time to wake up, sometimes even get up a bit later than usual, the pace is slower and the presence of other kids and noises is limited. At daycare, the day often starts off with an accelerated routine, followed by a morning surrounded by other children, games and a noisy lunch. Daycare is exhausting! The child needs to rest to take a break from all these stimuli.

« Max doesn’t fall asleep as easily when he naps at daycare», says Karine, mother of a 2 ½ year-old little boy.

It’s possible for a child who doesn’t nap during the day to fall asleep very quickly at night because, being exhausted, he’s not fighting sleep. On the other hand, his mood wiIl likely be unstable and less pleasant in the late afternoon, a time when you’d like to spend quality time with your family. And when a child is exhausted, bedtime could just as well turn into a tantrum. As for sleeping at night, it’s important to establish a stable and predictable routine for the child, and ensure that the last 30 to 45 minutes before bedtime take place in a quiet environment - no television or noisy games - to prepare his body for sleep.

Of course, a nap that starts or ends too late at daycare can have a negative impact on your child’s sleep at night. The ideal nap should start between 12:30 and 1 p.m., and end no later than 3 p.m, when the child wakes up by himself through natural stimuli (such as opening the curtains).

Most daycares even ask the “big” 4 or 5 year-old kids to rest for at least 30 minutes. Their bodies and brains need it. If the child falls asleep during that time, it’s because they needed it, and the educator must respect it.

How to prepare for your child's new educator

Everything was going well at daycare. Your child had developed a great complicity with their educator and, as a result, you felt a sense of security as a parent.

When attending daycare is difficult

While most children adapt well to their childcare, others react strongly and live each day as an ordeal. Here are some tips.

Top tips for transitioning to a new babysitter

As the great Greek philosopher, Heraclitus said – Change is the only constant. 1500 years on and that statement could not be truer! Helping your children find a healthy way through periods of change is a great life skill.

How parents manage their children's stress about starting daycare

Your child will soon be introduced to the world of daycare. To ensure this new phase goes as smoothly as possible, here are a few tips to make life easier.