Your child may be brilliant and precocious, but is he gifted? Let’s try to understand who gifted children are and what they may experience. 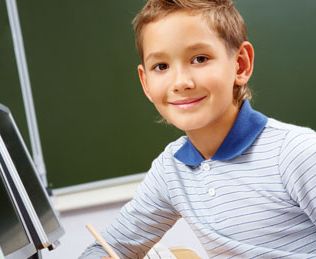 The first definition of gifted children was given in 1946 by the Spanish Doctor Julian de Ajuriaguerra who defined them this way: “We call gifted children one that clearly exceeds the average capacity of children his own age.” Nowadays, although this definition still applies, the concept of giftedness applies more precisely to children who underwent standardized tests and demonstrated a precocious and spontaneous development in one of the following fields: intellectual, creative, social, perceptive, muscular or motor control.

According to Dr. Françoys Gagné, a gifted child possesses and uses skills in at least one of the fields and excels at it by being in the top 10% of his age group. It represents approximately two to three children in every classroom.

He makes a differentiation between a gifted child and a highly gifted child (only 1% of the population) because of the different possibilities and issues that the two groups are facing. He also avoids using the term genius or savant as he considers that it should be reserved to exceptional people such as Einstein or Mozart.

Mister Gagné explained that it is important to understand that there are several forms of giftedness (physical, creative, intellectual, etc.) because this fact changes our perception of intelligence. Giftedness per se is not innate, he said. Rather, it is the ability to learn that makes the child special.

How can we recognize a gifted child?

Gifted children are not all the same and depending on their strengths, the can have very different personalities.

Therefore, it can be difficult for a parent or a teacher to identify giftedness in a child, especially if he has academic difficulties. However, certain behaviours and interests can give you hints.

According to Wikipedia, “Generally, gifted individuals learn more quickly, deeply, and broadly than their peers. Gifted children may learn to read early and operate at the same level as normal children who are significantly older. The gifted tend to demonstrate high reasoning ability, creativity, curiosity, a large vocabulary, and an excellent memory. They can often master concepts with few repetitions. They may also be physically and emotionally sensitive, perfectionistic, and may frequently question authority. Some have trouble relating to or communicating with their peers because of disparities in vocabulary size (especially in the early years), personality, interests, and motivation. As children, they may prefer the company of older children or adults.” 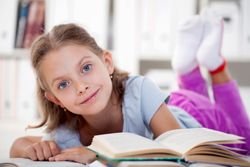 Is it a problem?

A gifted child does not necessarily have good grades; in part because of a lack of stimulation and the way he processes information. Some children will find it easier to adapt to the fact that teachers keep repeating notions that he understood the first time if they care about pleasing and being polite but turbulent children will have a hard time waiting for the other children to understand. Still, Françoys Gagné considers that their intelligence is the best tool you can have to succeed.

According to him, it is false to say that gifted children have social difficulties, except when they are highly gifted and are categorized as nerds, or because of a difficulty to adapt to their peers’ level of conversation. But in general, they are often more popular than others. Personality is independent of intelligence so it does not affect their social skills.

What should you do if your child is gifted?

The first thing to do if you suspect that your child is gifted is to discuss with a psycho-educator or a psychologist who will give him standardized tests and determine if he is highly gifted. This consultation is important because it will confirm the need to stimulate your child and ensure that he will remain focused through the academic years.

Several schools offer enrichment programs to quench your child’s appetite for knowledge. Also, if he has special skills, you can send him to a school that offers specific programs in sports, arts or science. Until then, you will need to keep motivating your child with literature, home tests and extracurricular activities because he will need good grades to get accepted.

Teaching kids to tie their shoes

Your child is now in school and you would like to teach them to tie their shoes with strong bowties that will withhold the running, but can be easily undone later. Here are a few tips to help teach them!