Febrile convulsions: what to expect?

Parents whose child has had a febrile convulsion at a young age will always remember this stressful episode. Fortunately, although they are disturbing in appearance, they are rarely dangerous. 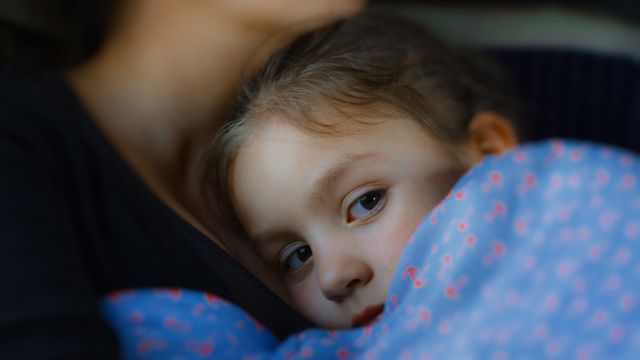 Here's what to remember about how to act during and after a febrile convulsion or febrile seizure.

What does a febrile convulsion or seizure look like?

The child's body suddenly stiffens, their eyes roll back and then the child is shaken by involuntary muscle spasms that can affect the arms, legs and face. The shaking can last from a few seconds to a few minutes. Once the tremors stop, the child becomes quite limp and tired. Often, they fall asleep exhausted.

Why is this happening?

Febrile convulsion affects approximately 2% to 5% of children aged 6 months to 5 years. A febrile convulsion is due to a sudden rise in body temperature. The most common cause is a viral infection that causes a fever spurt. For this reason, it is not possible to prevent it, because the initial thrust of fever is unpredictable most of the time. If your child is feverish or has been feverish for a few days, it is very unlikely that they will have a febrile convulsion. It should be noted that a child is more likely to experience a febrile seizure if his or her parents had one during their youth.

Try to keep calm despite the situation. Lay your child on their side and stay close to them to make sure they do not choke on their tongue or saliva. Let your child move their arms and legs freely despite the tremors. Do not touch their mouth or jaw. If the child is less than 6 months old or if the convulsion lasts more than 3 minutes, call 911. Otherwise, let the convulsion go by and go to the emergency room in the following hours to see a doctor who will do some routine tests to ascertain the banality of the convulsion and determine the cause.