Although this period is called the « assertion stage », it’s by saying « NO » most of the time that children will experience it! A period that is not always easy to live! 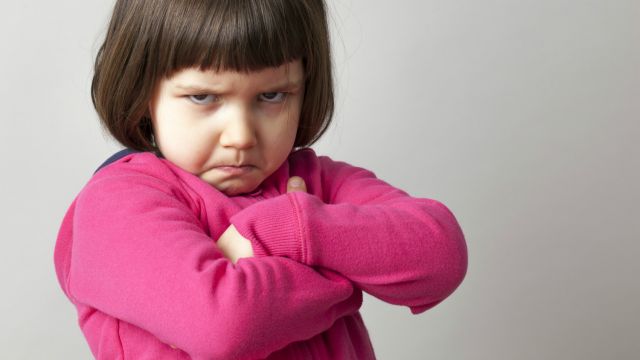 If these few sentences remind you of your daily life with your offspring, it certainly means that he’s going through his assertion stage. It is the life stage often referred to as "early adolescence" or "terrible two”, and which causes many parents to feel completely helpless.

Better understand the « No » Stage

This stage usually occurs when the child is between 18 months and 3 years old. Some children will experience it in a spectacular way, with strong opposition tantrums: cries, screams, kicks. Others will live it will less intensity, depending on their personality, but it’s still very present in most children.

“How can our little angel have transformed into a little tyrant so suddenly?”, wonder many parents. Here is the most often raised explanation: the child, to whom we have forbidden many things in recent months (no, don’t touch, don’t do that, etc.) discovers his frustration and the incredible power this little word holds. And he uses it all the time, even to his own detriment! Indeed, how many kids have we seen refuse a treat or special outing simply because “no” has become the only spontaneous answer coming out of their mouth, and then quickly change their mind? It’s their way of saying: “I’m a big boy/girl, I decide.”

It is important to note that although it makes parents feel helpless and incompetent, this period of life allows the child to separate himself from his mother, move from the baby stage to the small child stage, become his own person with his tastes and preferences, and above all, clearly express that he wants to do things by himself! 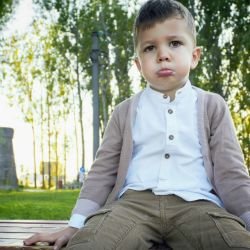 « What should we do when our child spends his days saying no? », wonder many exhausted parents. What seems most difficult for parents, especially moms who have just come out of a long fusion period with their baby, is to not take this attitude as a personal affront. You shouldn’t allow your child to do anything under the pretext that he’s too young to grasp the significance of his words and actions. Finding a balance is not easy because you have to respect yourself, respect the boundaries that are sometimes imposed by your routine - you can’t always let your child dress himself when you have to leave for work at a specific time, for example.

It’s important to respect your child’s assertion stage while still providing him with a safe and warm living environment. And because the child has not yet mastered language, you can help him put words to his feelings to reduce his frustration of having boundaries. Here are some useful tips to make your life a little easier :

When your baby is screaming their lungs out, you don’t always know what to do. Is it pain, fatigue, discomfort, colics? Here are few tips to help you understand.