Yes, of course, we should accept ourselves just the way we are but for some women, acceptance is no longer an option. Are you one of many women who consider cosmetic surgery?

Women, whether they had children or not, are under a lot of pressure for everything that concerns their looks. Perfect women always seem young, relaxed and thin, sometimes even skinny. However, if some women have unfounded complexes, other have serious issues. These women feel really bad and would rather pay for cosmetic surgery than live with an obsession, especially if they don’t want any more kids. For them, plastic surgery is a perfect solution.

These women are burdened with aesthetic issues that are truly in the way. Despite this, they can find it difficult to talk about their problems or about cosmetic surgery by fear of being judged, even if some surgeries are deemed necessary enough for governments to cover the costs in whole or in part.

Among the most common surgeries sought by mothers, we find the tummy tuck and breast surgeries.

After several pregnancies, some women develop what we call an abdominal apron, which is a loosening of the skin accompanied by an accumulation of fat that relaxes the abdomen and makes the belly “drop”. While a small apron can be easy to accept, it becomes annoying and burdensome when it starts covering the pubic bone in whole or in part. When this happens, some governments cover panniculectomy and even abdominoplasty.

This may, in some clinics, be combined with other interventions involving the abdomen such as tubal ligation or hysterectomy. 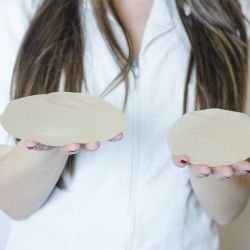 The breasts are put to the test during pregnancy and lactation. While some women are ending up with only a few stretch marks and a different bra size, others cannot recognize these breasts any longer. These women are often suffering from low self-esteem, are afraid of being naked or even of bathing, and these fears affect their sexuality, sometimes even their love life. These women usually resort to breast lift or breast implants.

Other women suffer from back pain because of the extra weight that their breasts bring to their body. These women seek breast reduction.

Breast reduction usually involves three incisions through which the doctor will remove fat and glands, cut the excess skin and carve the nipple. The Government repays this in full if the doctor removes enough glandular tissue. In Quebec, the minimum is 250 grams.

The breast lift is used to correct sagging breasts after a major weight loss or breastfeeding. The operation is quite simple; it involves removing some skin under the breast and around the nipple and to reshape the remaining skin.

Finally, there are several types of implants that can increase the size of your breasts and many reasons that can motivate you to want them. You may simply want to increase the volume of your breasts if you find them too small, of course, but the implants are also used to correct a difference in volume between the two breasts, or to reform sagging breasts or breasts that have lost volume after pregnancy. This is an operation that is performed under general anaesthesia.

Convalescence
During the first 6 weeks, it is not advisable to carry heavy loads and lift arms.

Almost all parents suffer from fatigue, we all know that! That fatigue often makes them do silly things and forget stuff. And… What were we talking about just then?

Being diagnosed with a mental disorder

I would have never guessed that I was suffering from a mental disorder. Maybe I was little down now and then but an actual diagnosis of mental illness was a real surprise. Here is my story.