According to the Quebec Network of public alternative schools, there are 31 alternative schools in Quebec (primary and secondary schools). In an alternative school, a teaching team accompanies the child in a path adapted to his own needs and interests. The school relies on coeducation a lot, meaning that parents and teachers are partners with the same goal: the child’s education. "The alternative school goes beyond respecting individual differences; it exploits them! Instead of forcing students to conform to a predetermined structure, the school is the one adjusting to students’ needs as much as possible", reads their website.

We also find in the public school system schools with a particular vocation (music, sports, dance, etc.). There are also international schools that focus on languages by offering, for example, two half-years of English immersion during primary school.

Who can attend these schools? Usually, you must first live on the school’s educational territory. Some exceptions can sometimes be granted, but you have to check with the institution. Also, since these schools are often in high demand, there are admission tests for students. It is better to get information about the admission procedures at least two years in advance to avoid missing the admissions tests by a few weeks and missing out on a great opportunity.

Some of these schools are private and others are public, so you have to look around to find out what types of schools are available in your area. Some public schools may even require a contribution in the form of donations to the school’s foundation to support their particular program. Other schools rely more on the parents’ involvement in the educational process. 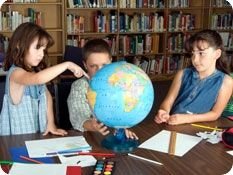 Two mothers who each have a child attending these types of schools explain what motivated their choices. Mélanye, whose daughter Justine, 5 years old, will start kindergarten at the Touterelle alternative school in Brossard, and Chantal, whose son Ludovic, 7, is now starting his second year at the Jacques-Hétu School of Music.

1. What made you believe that your child would better evolve in this type of scool then in a regular classroom?

Mélanye : Justine has always undertaken little projects and research by herself, according to her interests. She finds solutions, develops strategies and asks for help to achieve her goals when needed. It's in her nature and I wanted her to be able to continue on her journey in the scool world in the same way.

Chantale : In fact, nothing suggested that he would evolve better in a special vocation school. We just made our decision based on HIS interests and to HIS demand. Because after seeing a Christmas show presented at his kindergarten, he asked us if he could also attend a music school. 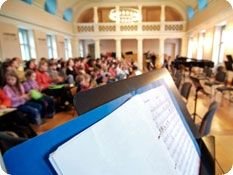 2. What is the school’s philosophy?

Mélanye :  The Tourterelle alternative school aims for the global development of each child, with an educational project focusing on each student’s interests. Respecting the learning pace and style of each student is important. The child, parents and teachers act together to ensure a certain continuity in the child’s development. Parents are present in the school and have a role as coeducators!

Chantale : What we like about this special vocation school is that offers our son a different base from the regular classes. An hour is reserved to singing and music every single day.

3.  Do you now have to be more involved in your child’s education (at home, at school, with extracurricular activites, etc.) than you did when he was in a regular class?

Mélanye :  Parents are « coeducators ». We must participate in the school life at least one hour per week to develop a project that was decided by our child and approved by his teachers and a few other students. We are one big family and we are asked to participate in a committee school (Welcoming committee, Library, Computer labs, sports, environment, etc.) to ensure that the school is running smoothly. Extracurricular activities or field trips depend on ongoing projects or major annual celebrations that have all already been established!

Chantale : Well, because of the daily flute practice, we have to be more involved! As far as homework and studying are concerned, it has always worked very well.

4. Is your child adapting well to this type of school?

Mélanye :  From the first time we set foot in the school, we felt at home… or at a good friend’s house! People were all welcoming and available to answer all our questions. Justine then attended a few projects organized by our “sponsor family” and asked us if she could go again for the rest of the school year... which we gladly accepted. She was already involved in the project and had responsibilities of her own. At the end of the year, the entire family was invited to a big picnic, where we met other families and the kids had a blast. From the beginning of summer, Justine was following – by choice – her school routine because she couldn’t wait to go back!

Chantale : Our son also adapted to his new school very well. He is very happy about it and loves to go to school. He’s an intellectual who always has above-average grades in every subject. He always want to learn more. Being a very sociable boy, he has a lot of friends. Even the older kids from the 5th and 6th grade say hi to him ! He knows how to be loved! 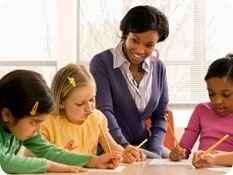 5. Why did you choose this school in particular?

Mélanye :  The Tourterelle alternative school was an instant favourite! Every single aspect is in line with our family values. The educational projects, community involvement, coeducation, the multi-age environment ... We love it all!

Chantale : When our son asked us to attend the school Les Petits Chanteurs de Trois-Rivières , we brought him to take the admission test because we believed that it would be a great environment for him. The school has a great reputation and we were convinced that our son would love the singing and music classes. After a fabulous first year, the program was unfortunately transferred to another school, and we couldn’t afford the 3000$ tuiton fees. That’s when we started looking for another school and found the Jacques-Hétu School of Music, which also has an amazing reputation. Many of its teachers are members of the Trois-Rivières symphonic orchestra. Our son took the admission tests because the school accepts a very limited number of new students. The kids must have good grades and a facility with music, singing, drama and dance. This school touches everything to guide the child throughout primary school and stimulate his artistic side! Ludovic started his second year at the Jacques-Hétu School of Music in September, and we’re hoping that this time will be the good one!

Starting school on the right foot

Children start developing the skills that will help them in school from the first years of life. Parents and childcare workers play a role in helping children get ready for school.