But for the child’s health and to help him develop his tastes, this type of menu is not recommended. What should you do if you have a picky eater?

Enjoying foods can be learned!

Liking sweet and salty flavours is innate. Liking bitter and sour flavours has to be learned. Several reasons explain some children’s reluctance to new foods.

On average, kids need to be « in contact » with a new food 7 times until they eat and enjoy it. For some, it will take twice as long ! Don’t give up and keep presenting new foods to your child. It’s with repetition that a food becomes familiar.

The context in which the food is experienced will influence the child’s desire to try it again - or not!  It must therefore be a positive one! 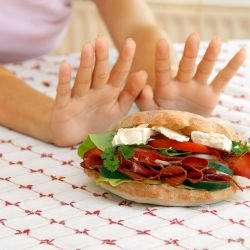 To « buy peace » and make sure that the child eats enough, a parent could be tempted to prepare him a special meal. In the short term, this solution should be avoided, because it could encourage the child’s stubborn attitude. In the long term, the child could become more and more demanding and difficult. Here are a few tips to facilitate the introduction of new foods and make these discoveries fun : 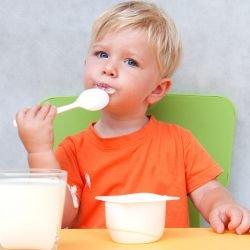 Dessert can be a good way to complete an unbalanced meal. If your child didn’t eat his veggies, give him a colourful fruit salad as a dessert. If he refused to eat meat, think about yogurt, milk or tofu mousse for protein. If he didn’t touch his pasta or rice, a homemade muffin will be the perfect derssert !

Kids can be unpredictable. They can like a certain food one day and refuse to eat it a few days later. Don’t put too much pressure on your little one and continue to offer him a diversified menu. The foods to which he’s exposed as a child will influence him throughout his life.

The content of this article belongs to Extenso, Reference Centre On Human Nutrition.

10 ways to improve your diet

We are always looking for ways to change our lifestyle, so we can improve our health (or our waistline!). Here are 10 ways you can improve your diet!

If your child is refusing foods, it is time to talk some sense into them!

If your child refuses everything new that comes onto their plate, they might have entered their neophobic phase!