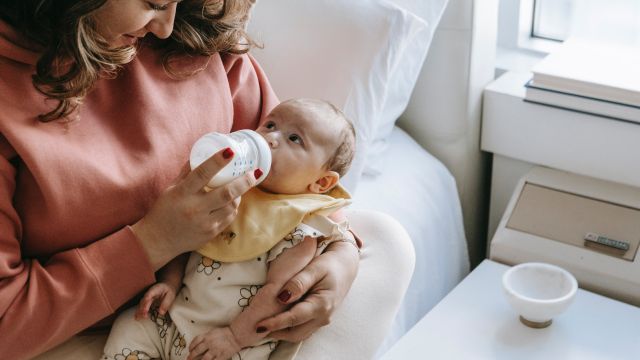 In coffee shops, yoga classes or activities for mom and babies, they’re easy to identify. Who? The mothers who feel guilty for not being able to breastfeed (either not breastfeeding at all or having stopped before they had had to). Breastfeeding has now become a challenge: do it for the longest time possible! Can we really blame women? That’s the message that is being repeated over and over by the government. Breastfeeding is what is best for the baby, so what kind of mother would deny her child of such an essential aspect? So even if it’s hard, even if the baby doesn’t gain enough weight, even if the mother is breastfeeding 20 hours a day and her breasts are extremely sore, even then, women persevere. They feel pressured every day because that’s the message everyone is sending them, so they do it even when it feels impossible.

When they finally realize that the situation is hard on them, not only physically but also emotionally, some women decide to stop. However, as soon as they make the decision, they are overwhelmed by feelings of failure and guilt. Why? Because they’re under the impression that they have failed in their first role as a mother. They think of themselves as bad mothers only because they haven’t been able to breastfeed for as long as they had hoped for.

"In our meetings or activities, we notice them immediately. They somehow feel obligated to tell us that they don’t breastfeed when nobody even asked the question. It goes to show that there is such a social judgment that they feel the need to defend themselves", explains Gaétane Tremblay, Relevailles de Québec’s Executive Director.

"The mainstream message insists on breastfeeding’s benefits and stresses that it’s the best choice for the baby. It’s been said so many times that women now feel guilty if they can’t do it. They think that not being able to breastfeed means that they won’t be able to fulfill their role as mother as they should. It’s terrible! ", notes Gaétane Tremblay. 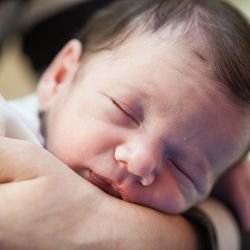 Being a mom: a performance?

Today’s mothers are bombarded with information, and it’s not always a good thing. With so much information thrown their way, they start to feel anxious. They don’t allow themselves to make any mistakes. Women “enter” maternity in a spirit of performance, which is completely normal for them since they’re used to perform at work and be goal oriented. In that sense, they “program” their pregnancy and maternity. They do pre and postnatal yoga, give birth naturally, breastfeed, use washable diapers, make all the purees, exercise, etc. The list goes on and on, and the pressure is huge. "Some women tell us: 'I failed the delivery' or 'breastfeeding was a failure', even if they have a perfectly healthy baby. In fact, as soon as something doesn’t go exactly as planned, mothers feel guilty", says Gaétane Tremblay. Their self-esteem takes a hard hit, and it shouldn’t.

The problem doesn’t lie in not being able to breastfeed or wanting to stop; the problem is that breastfeeding is often – with giving birth – the mother’s first big test. It’s the first thing we want to succeed in. It is not acknowledged enough that having a baby means learning to let go of the "perfection" ideal. Not everything will go as planned, and that is perfectly okay! It’s a journey filled with trials, errors, new beginnings, wavering, progress, changes, etc. Even if we have the best intentions in the world, want to do everything according to what is advocated in books and studies, having a baby is stepping into the unknown. We’ll never be able to predict how we will react, how our baby will be, how or if we’ll embrace our new role as a mother, etc.