You just learned you’re pregnant and you’re already wondering what your baby will look like. But why might he end up with dad’s mouth and mom’s eyes? 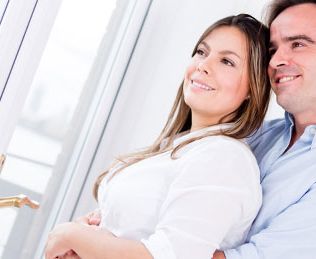 Pregnancy is an event in our life that often feels magical and like destiny just takes us along for the ride when in fact, it’s the result of a complex and fascinating process that begins with the union of an egg and sperm and results with the formation of a completely unique new being.

Of course, you want to know what he’s going to look like, if his personality is going to be like yours and what he will turn out to be one day. If you’re like me, you probably had some fun combining your picture and your partner’s using a site like Morph Thing to see the different possibilities. But what makes it that our children inherit physical and personality traits from their parents and even other family members?

When you conceived your baby, he inherited 23 chromosomes from you and 23 from his father in every one of his cells. It’s in those cells that resides his genetic information and DNA, which code over 25 000 characteristics named genes. These genes are responsible for defining his physical characteristics and the functioning of his body. This genetic heritage will make your child unique and he will in turn transmit it to his children one day.

If you put all the chromosomes of all your cells and your DNA and place them on a straight line, this line would be equivalent to about 6 000 times the distance between the Earth and the Moon! We still don’t know what more than 80% of our DNA does. 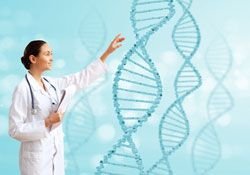 Did you know that the gene that is responsible for blue eyes is recessive? It must therefore be present in two copies for your child to have blue eyes.

Sometimes a child is born with a certain characteristic that neither his parents possesses, as in the case of children born with two different colour eyes for example. This happens when a genetic mutation occurs which is only in rare cases. The child will then have a 50% chance to pass this characteristic on to his child, as it will have become part of his genetic makeup.

Are you giving birth soon? Do you want to make sure you and your home are ready for the arrival of your baby? Here is a list of essentials to assist you in your daily routine with your new baby.